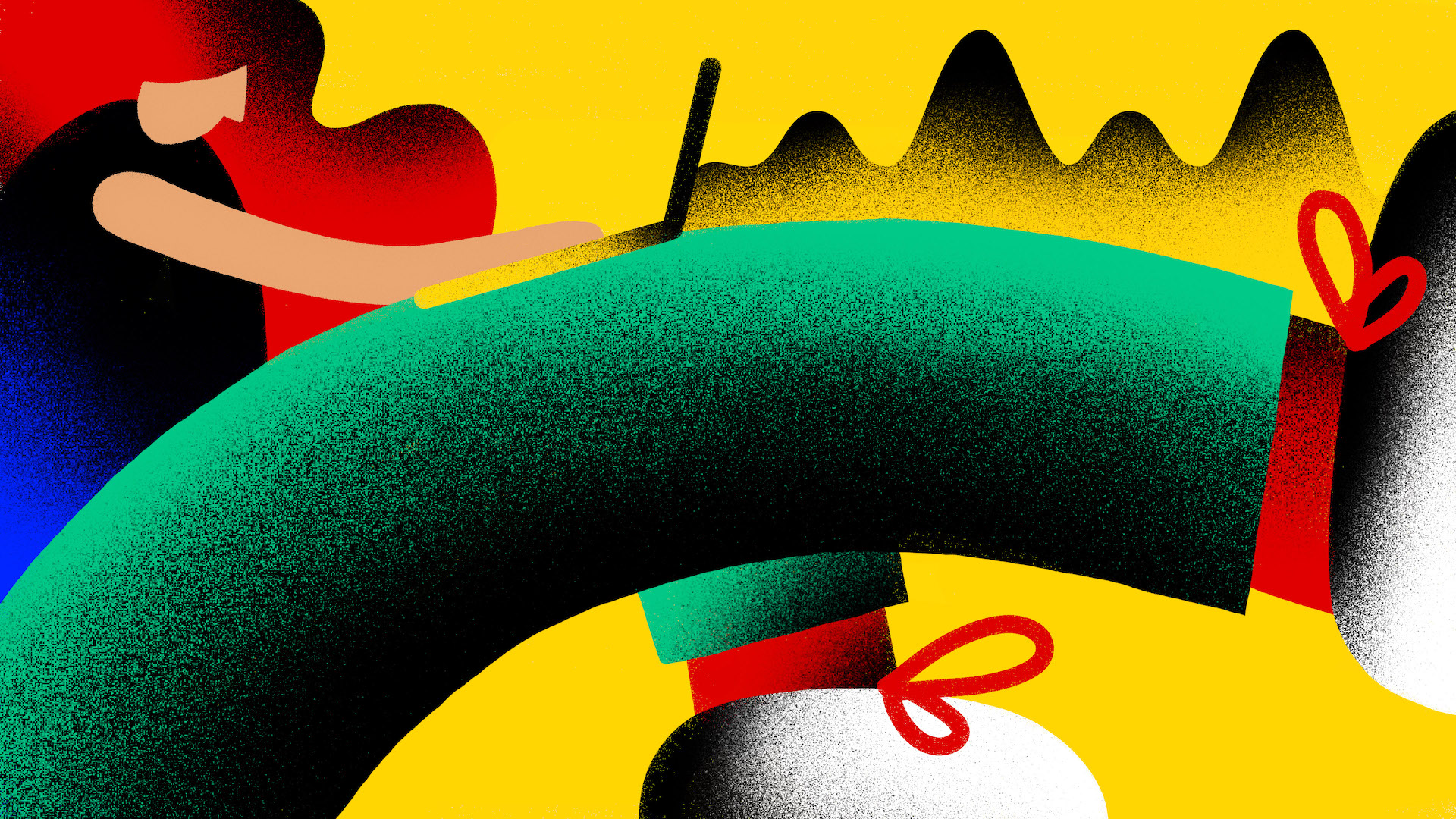 A blockchain listicle for designers

There are five key areas that need to be addressed to make the next generation of blockchain products and services more user friendly. By Ward Oosterlijnck, Creative Technologist, Portable.

Blockchain’s image has been damaged by its complexity and mystery, its popularity with criminals and the fact that it is innately slow. So here’s a challenge: what if you applied design thinking to blockchain? Imagine blockchain as a client, wanting to reframe its growth strategy through an iterative process that puts users first. There are five areas that need to be addressed to make the next generation of distributed ledger technology more widely successful.

Blockchain’s reputation has been damaged by its complexity and controversy. Most people associate it with wild cryptocurrency swings, money laundering and incomprehensible tech jargon. It has negative associations that will be hard to overcome, even though its key values in terms of software verifying data are laudable: decentralisation and transparency.

The answer, from a design perspective, is to focus on end users. They don’t need to know what blockchain is or how it works, just as most people don’t understand how a plane flies or how a computer works. Attempting to explain it usually results in confusion, misinformation and scepticism. Blockchain should just be the means to new functionality, rather than a consumer-facing entity. It should offer an intuitive user experience. Remove the complexity and focus on familiar concepts.

Also, while one of the blockchain values is trustlessness — in that it is built to eliminate the reliance on trust — end users still need to have trust in the technology and network. Users must perceive blockchain products to be reliable and trustworthy.

The usability of blockchain needs to improve and one of the main challenges is a design issue: user responsibility for the private key. If you lose it, you’ve lost access to whatever you had in a blockchain, be it money or information.

The private key is a long string of numbers that’s impossible to memorise. So what do you do with it? All other internet-based services allow users to contact them for a new password or access key if you forget or lose it. But not blockchain. That’s both a feature and a problem.

Meanwhile, if you accidentally expose your private key or someone finds it, you can lose your crypto assets. There’s no recourse, no shared responsibility. The only option is to use a third-party company, such as Coinbase, that will manage your keys and wallets for you. By definition, this not only absolves you having responsibility for your personal funds, it strips you of having absolute control. Third-party services are softer targets for attacks than the blockchain technology itself.

Next, blockchain needs to improve onboarding to accumulate more users. People are not going to use something that’s twice as complex as what they already use. Blockchain’s complexity is a barrier. There’s no point having something if there’s nowhere to use it. For example if retailers and restaurants don’t accept cryptocurrencies, what’s the point of having it, other than just as a speculative currency?

Another barrier to getting more users is the fact that it’s so slow. Bitcoin is one of the slowest, only updating every 10 minutes or so. It takes time and frustrates users. At the moment, the more users there are, the slower it is. That's an issue in a rising market. Projects like Lightning Network are trying to solve the scaling problem but the technology is relatively new and has not been established as a proven solution.

Blockchain functionality needs to serve a clear and practical purpose. And it needs to be about more than financial transactions, which is currently the only proven use case. We need to find other use cases that benefit from this technology for it to reach its full potential as heralding the next generation of the internet.

Even in terms of financial transactions, there are issues with adoption because of the low take-up rate. Blockchain transactions are cheaper, but you still need to pay an additional conversion cost when you want funds transferred back into a traditional government-issued currency. Similarly, crypto wallets do not replace other services and protection offered by traditional banks such as credit cards, interest-bearing accounts and home loans.

To overcome this, there needs to be a compelling reason to use blockchain technology and a clearly defined value proposition for users of blockchain products.

Some of these issues will be addressed in new services. There will be another surge in the development of new blockchain services, as developers around the world adjust to the pitfalls and focus on the opportunities.

The decentralised blockchain structure could help accelerate the transition to open-source software and automated coding. Just as Bitcoin is an incentive driven protocol, one that rewards endeavour and exploits our desire to make money, new blockchain services could hasten the pace of change to new tools, services and behaviours.

What sectors may benefit from blockchain technology? The field is vast. Blockchain protocols provide an open-source database, a global ledger and an immutable information distribution network.

One of the security problems is the risk of a ‘51 percent attack’, where someone has more computational power than the rest of the network and the potential of rewriting history. It’s a real risk and there are numerous examples of it happening to small blockchain networks with low computational power.

Also, anyone can obtain a blockchain identity. This is both a feature and a problem. There is no test of your financial record, no test of your assets or collateral, or of your criminal record or agenda. You can lead a terrorist group and have a bitcoin identity. That’s clearly not a good situation. And one person can have multiple addresses, none of which can be easily traced to the person who set them up. You can’t verify identity via a blockchain address.

This pseudo-anonymity means a person is linked to a public individual identifier but it is not a name or personal information such as an email address, home address or phone number. That scuttles any talk about blockchain being used for voting systems, at this stage.

Another security concern regards privacy. Everything you put on chain is there permanently. If the day comes when current cryptography is no longer secure, because of increases in computational power, information on blockchain will become easier to tamper with. It will lose its immutability.

There’s also misplaced faith in blockchain information. Like any platform, the information is only as good as the claim when it was entered. A farmer who has sprayed chemicals on vegetables can still claim they are organic. Farmed fish can still be presented as ocean caught. Blockchain systems don’t expose a lie, they perpetuate it.

International software developer, investor and sometime futurist Chad Fowler sees the evolution of blockchain technology as currently being in a cynical slump that quite naturally follows such a big peak of hype and expectation. From here, he predicts a steady rise in enlightenment which will then plateau into business as usual.

This does seem to be the most rational and likely trajectory. However, the pace of change, and the height of the plateau, will depend on the development of user-friendly services and acknowledgement of the importance of end users.